Oration of An Taoiseach, Micheál Martin TD Laying to Rest of Michael O’Kennedy

Today we are laying to rest an Irish patriot who devoted his life to the long and distinguished service of his community and his country.

Michael O’Kennedy was one of the major figures of Irish public life across four decades. He held some of the most senior posts in the government of this free republic and excelled as a scholar and as lawyer. He was known internationally and met with many of the great leaders of the late twentieth century.

Yet wherever he was in the world and whatever high position he held, Michael O’Kennedy was always defined by the values he learned here in Nenagh.

Michael didn’t just grow up in a strongly republican household, he was taught to honour the proud tradition of Tipperary republicanism and especially the heroism and sacrifice seen here during our war of independence.

It was here he learned not just of the flying columns, many of whose members he sat and listened to as a child, but also of a tradition of a deep tradition of leading the development of national culture and ideals.

Throughout his career he was always proud to point to how many great republicans came from his constituency and how so much of our music and literature as well as defining national institutions emerged from Tipperary.

From his earliest days it was clear that he was destined to make a mark.

He excelled as a student. He won prestigious scholarships. He completed a Masters thesis when this was a relatively rare achievement. He combined his studies in UCD with separately studying the law and qualifying as a barrister.

It was a time when a great transformation in Irish society was beginning due to the extraordinary leadership of Seán Lemass – a transformation founded on the core principle that Ireland would thrive if it opened itself to the world, worked with other European nations and put its faith in the skills of the Irish people.

Michael O’Kennedy was both a representative and a leader of a new rising generation.

He joined Fianna Fáil and soon became respected for his contributions to many policy forums. He narrowly failed in his first election but won a place in Seanad Éireann, where he rapidly began to make a name for himself as a serious and considerate contributor to debates.

It was because of this that he was chosen to serve as a member of a special all-party review group on the constitution in 1967. The group was established at the initiative of Seán Lemass who himself joined it immediately after stepping down as Taoiseach.

Lemass’s reforming vigour was as energetic as ever, pushing the group to make radical and far reaching recommendations for reforming the institutions of the state.

As the group proceeded with its work, the elder statesman, a man who had fought in the GPO in 1916 and had participated in almost every major event in the birth and development of this state, came to rely on the expertise and judgement of a young senator from North Tipperary.

What Lemass saw in him was a person who used his knowledge with a deep intelligence and with an understanding that a democratic republic should both be proud of history and constantly looking for ways to improve.

Tipp North was famous in Irish politics as the most competitive constituency in the country. Only here was it possible for a candidate to regularly win over 20% of the vote but not be assured of a seat. In spite of this, in 1969 Michael secured election to the Dáil, as he did a further seven times over the next three and a half decades.

In those days new TDs only very rarely could expect to be appointed to office, but Michael’s qualities were recognised by his leaders and he was soon appointed as a parliamentary secretary and then a member of cabinet.

They were times of regular changes in leadership and governments, and as a result he held a remarkable array of portfolios in different cabinets. He was able to show his skills in every Department but it was when he was given the opportunity of spending a longer period in office that he was able to leave his mark.

When he was appointed as Minister for Foreign Affairs in 1977 it signalled a significant stage in Ireland’s international standing and involved the management of profoundly difficult challenges.

Our membership of what is now called the European Union was still a relatively recent phenomenon. Michael had campaigned for membership and, within Fianna Fáil, had been a strong supporter of Seán Lemass’s vision of a confident, outward-looking Ireland which embraced the idea of European cooperation. He had no time for those who claimed that Irish republicans should shun the new European institutions – seeing their view of sovereignty as offering nothing positive in the modern world.

Michael immediately set about building strong connections for Ireland in the European institutions and with other governments.

This helped build Ireland’s reputation as highly professional and constructive in European debates – part of the soft influence which is central to much of what we have been able to achieve as members of the Union.

He also saw the need to build Ireland’s engagement with the wider world. With the security of our place in a growing Europe, the time had come to build a new story of Ireland.

That is why Michael visited so many countries with whom we had previously limited connections, or others whose view of Ireland had not fully understood the scale of the changes that had occurred in the previous two decades. Whether it was in Yugoslavia, Japan or any number of other countries, Michael was a deeply effective representative of our country.

In this he was also clear in our support for the principles of human rights which are central to the UN charter and the Helsinki Agreement which had recently been signed and was unleashing a new debate about challenging autocratic and totalitarian governments in Europe and throughout the world.

And of course he had responsibility for managing much of our policy towards Northern Ireland and Britain at a very dark time.

The options available to our government were obviously very limited at a time when extremist minorities were terrorising communities – and also when the London government was often dependent on Unionist votes.

Michael never failed to speak up for basic democratic republican principles – and he never faltered in his belief that dialogue built on democratic principles was the only sustainable route forward.

After a short period as Minister for Finance, with other portfolios attached he was nominated as our European Commissioner. This came at a time when Irish politics was highly volatile and it was his assessment that he could do more by returning to Dáil Éireann.

In 1987 he was appointed as Minister for Agriculture, and his nearly five years in that role were critical in beginning the transformation of one of our most important industries

Not just in Europe, but internationally as well, there was a rapid move away from established, commodity-based agriculture. European support schemes became subject to a near permanent round of intense negotiations, with often profound impacts.

Micheal worked to mitigate many of the impacts, but was also committed to trying to secure a new and more secure way forward for the sector based on innovation. He helped put in place the foundations for what is one of the world’s most dynamic and successful food sectors. At the same time, he created new rural development programmes and schemes to help support community life in rural Ireland.

During Michael’s last nine years as a member of the Oireachtas he held no ministerial office, but he continued to be an important figure in our national politics. As he had at the start of his career, he advised on a new round of political and constitutional reform. He continued to advocate for the interests of rural Ireland and for Ireland’s positive agenda in Europe and the wider world.

For many of us, Michael was someone always available to give quiet words of advice and encouragement. I remember well that on the day when I was first appointed as a member of government, Michael came up to me in Leinster House and told me of the many very practical issues I would face if I wanted to be able to have an impact in my new responsibilities. To him, what was important was not just holding office, but using it for the good of our country.

For us in Fianna Fáil, Michael was a trusted and admired colleague – who late in his career was willing to serve in the vital role of party trustee.

However he was widely respected by those of different parties who served with him in the Oireachtas. The tributes which have been paid to him in recent days by President Higgins, John Bruton and many others are testament to both his decency and the fact that his was no ordinary career.

This son of Nenagh and Tipperary served his community and his country with great distinction at home and abroad.

He brought his practical, democratic republicanism to each of the many important roles he held during his life.

Michael O’Kennedy was a true servant of the Irish people.

Statement from Michéal Martin on British exit from European Union 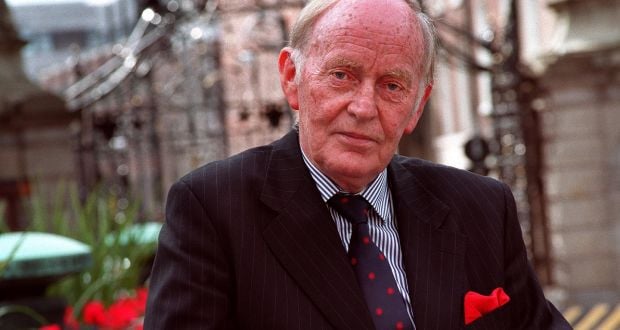