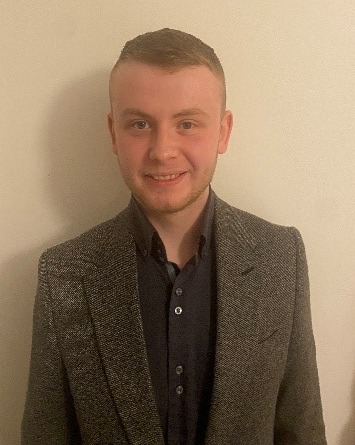 My name is Cian Bambrick and I am from north Inishowen in a little rural village called Malin.

I joined Ógra in 2020 after much encouragement from a close friend of mine, Former Taoiseach Bertie Ahern. Ógra has given me a platform to voice my strong Irish Republican views which I look forward to doing more while undertaking the role of Ulster Organiser. Since I have joined Ógra I have hosted three events, one of which was titled 'The Economics of a United Ireland'. The guest speakers we had at this event were Jim O’Callaghan TD, Niamh Smyth TD and Professor John Fitzgerald, an economics expert. My second event was on the topic of direct provision and our speakers for this event were Nick Henderson, CEO of the Irish Refugee Council, and Cllr Uruemu Adejinmi. Finally, the third event was on the topic of the ongoing crisis in Ukraine and our guest speaker was Professor Ben Tonra from UCD School of International Relations and Political Science.

Now that I hold the position of Ulster Organiser, there is a number of things I look forward to doing, one of which is lobbying for equal voting rights for Irish citizens in the six counties in presidential elections. I also plan on getting the conversation of Irish unity going both sides of the border. I am very grateful to have been chosen for this job and I look forward to working hard over the course of my term.