Last time we met was January 2016 just five weeks before the general election;

We gathered in anticipation and expectation, confident in ourselves and in our capacity to shake the government parties out of their arrogant complacency.

If you remember, the last government was taking voters for granted and trying to tell them that there was no alternative. They wanted to keep the recovery going ….

However, we had listened to the people and we knew that, for a lot of people, the recovery hadn’t even started.

We knew that their arrogant slogan was as premature as it was complacent.

It was the sign of a smug government who thought they could coast home.

But Micheál struck a real chord with the people when he said that it was an election not a coronation.

Five weeks later he was proven right. We beat the doubters and all expectations and more than doubled our number of seats. While Fine Gael limped home, battered and embarrassed.

When the new Dáil met we kept our promises.

Plenty of people tried to force us to break our word on government formation. We said that we would not go into coalition with Fine Gael and we didn’t.

We held fast and honoured our pledges.

We showed that we could keep our word while honouring our responsibility to the electorate to ensure a government was formed.
Responsibility without power – not many parties would have the courage to do that but we did.

When you’re working to build An Ireland for All that’s what you do.

And it is our duty to continue to work to build it.

Through the decades Fianna Fáil built houses when circumstances were worse and money was tighter than now. Our harshest critics, even Fintan O’Toole, have acknowledged that.

However, it seems we have a government more interested in spinning than building.

At times they are spinning so much they are meeting themselves coming backwards. If only they could be as proficient with action and delivery.

This week, we learned that the Taoiseach’s spin unit is getting €5 million in new funding next year. It is obvious that that spinning is a major priority for this Government.

So major that at €5 million it is twice as important as new measures on patient safety and quality which are getting €2.5 million extra.

So major that it is three times more important than school meals in DEIS schools which are only getting €1.7million.

So major that it is five times more important than a new youth employment internship scheme which is only getting €1 million.

The truth is that what really motivates this Taoiseach is a Republic of photo opportunities.

We stick to our core beliefs no matter what. We showed this with social welfare increases for two years in a row.

One newspaper reported this week that Fine Gael TDs are actually blaming Fianna Fáil for the increases in welfare.
Increases in the pension, the carer’s allowance and the disability allowance. They are blaming us.

Well, we will gladly take that blame.

Fair play to Willie O’Dea, he got the fiver on the pension for two years in a row. Leo just wanted to link it with inflation which would have given only half that.

And Regina said pensioners should be at the back of the queue. Well that’s not for us. We help people who need help, not just those who get up early.

I see Theresa May has also spoken of those who get up early. It must be the new Tory mantra.

Another one who likes to get out early is Shane Ross.

Lord Ross of the high moral ground who spent years pontificating about the evils of stroke politics, no sooner had his feet under the cabinet table when he pulls off a breath taking stroke of his own in magically pulling Stepaside Garda Station out of the bag before Rush or any other Garda station that deserves to be reopened.The hypocrisy is amazing.

All of this, while so many stations in rural Ireland disappear forever.

Turning North, almost a year after Sinn Féin deserted their responsibilities, could they please get on with it and get the Stormont Executive back up and running.

It is unbelievable that Sinn Fein are happy to allow unelected civil servants make policy decisions which effect the people of the North while they do in Belfast, as they do in Dublin, shout from the side-lines and hurl from the ditch.

The time for tweeting with teddy bears is over. And so is the time for bullying members.

And delegates, yesterday we affirmed at this Ard Fhéis that we will not do any deal to enter government with the support of Sinn Fein in this republic.

Let’s be clear. No deals with Sinn Fein. This is our promise and we will keep it.

What we promise delegates is to build ‘An Ireland for All’ and there is no-one better placed to deliver that than our leader Micheál Martin.

You’ve all seen him in action; knocking on doors, meeting people, listening and understanding their concerns.

He has done the hard yards on cold February nights and not just when the cameras are there.

In doing so he has rebuilt trust between our party and the people.

He will keep on building that trust.

Fianna Fail will deliver An Ireland for All.

Led by the man who brought us back from the brink, the man who then led us to being the largest party in local Government, the man who more than doubled our seats in the Dáil at the last election and the man who will lead us back in to Government; 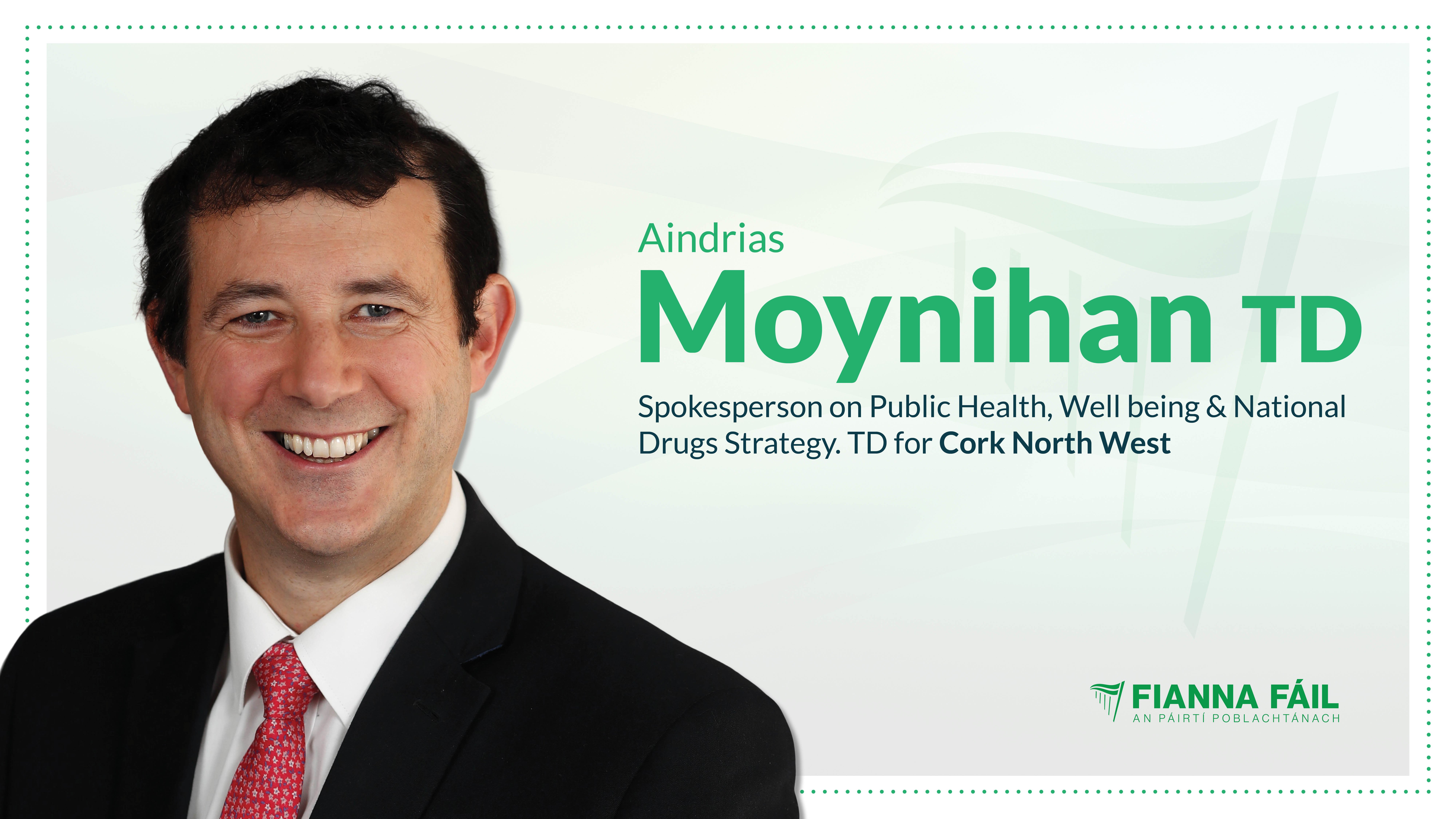