While there were many items discussed at the Summit I will use the limited time available to address the core three issues of the Brexit withdrawal treaty, Russia and the economic reform agenda.

With exactly a year to go until we reach Brexit day there has been a significant edging towards some clarity on how it will exit and the likely long-term relationship between the UK and the EU.

An enormous amount of time has been wasted waiting for the UK to accept that that it is in no position to dictate terms of a departure which it alone is responsible for.  Overall, Michel Barnier and his team have remained true to the basic principles that the EU’s legal order will not be compromised and access to the benefits of the single market and customs union comes with full financial and legal responsibilities.  Equally they have been correct in insisting that the transitionary period must come to an end before the next Multi-Annual Financial Framework becomes operative.

If the UK discovers at some point soon that it will not be ready even at the end of 2020, then Norway terms should be available – though it is difficult to see how this could possibly be reconciled with the positions of both the tory party and, unfortunately, the Labour leadership.

We welcome the large amount of text in the draft Treaty which is coloured green and is as such agreed.  What we emphatically do not welcome is the failure to progress any substantive matter concerning Ireland to a stage beyond the general, and in parts contradictory, agreements of last December.

Even the most basic look at the record shows that our government has for the past year been briefing that its core strategy has been to make sure that Ireland is not caught up in final stage negotiations where the pressure for compromises will be greatest.  When the negotiating guidelines were first announced we were told that Ireland must be decided before other items were decided.

This will not now be the case and the Taoiseach has refused to even acknowledge the change of strategy let alone justify it.

And let no one be in any doubt, there is no backstop agreed.  The EU has prepared a text which the UK has said is unacceptable, including this week in the House of Commons.  They have agreed the principle of there being some sort of backstop if there is no agreement on a final status but have repeatedly said, including in the letter from Prime Minister May referred to by the Taoiseach, that they will not agree a measure which makes Northern Ireland subject to a different legal and customs regime.

This is no small difference and the Taoiseach’s decision to have it long-fingered to later stage in the process is potentially a huge error.

It is an unfortunate reality that the Taoiseach’s approach to this issue means that whenever a legitimate challenge is made his first reaction is to go on the political attack.  He arrived back from Berlin last week and informed the Dáil that he didn’t believe anyone was fit to replace him – an incredible statement from someone in the job for less than a year.

Instead of explaining why his agreement to proceed without progressing the Irish text was consistent with past policy the Taoiseach instead chose to launch an absurd attack on Deputy Donnelly and Fianna Fáil.  He could have risen to the occasion and argued in good faith, but he didn’t.  Instead we got the recitation of a ridiculous Sinn Fein attack and the false claim that we are inconsistent.

That he would align himself with Ireland’s most consistently anti-EU party for the sake of making a political attack on this matter reveals a lot.

It is the Tánaiste himself who has said “If we don’t have it done by June, then I think obviously, we have to raise some serious questions as to whether it is possible to finalise a withdrawal treaty at all”. How does this reconcile with the Taoiseach’s casual acceptance of waiting until October?

It is regrettable that parts of the media appear to be wholly reliant on the government’s briefings and narrative in covering Brexit and therefore have not examined a significant change in government strategy.  In comparison, the international coverage has emphasised how little progress has been made on Ireland, how an agreed backstop is further away than ever and how other countries are now pushing their own national agendas for October.

We remain absolutely of the belief that it is an error to pretend that Ireland can be addressed through the overall UK/EU relationship.  A form of special status which respects the constitutional settlement agreed by the people in 1998 remains the only viable route – something which has been made more difficult because of the megaphone diplomacy of the past six months which has raised entirely unreasonable fears.

It appears now that the government will declare whatever emerges from the overall negotiations as a great success and will hail itself for accepting the technologically managed border suggested by the UK – for which there is no international model.

If the Taoiseach and Tánaiste wish to have the support of the pro-EU majority in this House during the remainder of the negotiations they would be well advised to consult more and step back from their attacks when others disagree with them on how to get the best outcome for Ireland and the EU as a whole.

As we stated last night, Fianna Fáil fully supports the Council’s decision to condemn Russian aggression and the actions which have followed.  It is unfortunate that the government appears to have made no preparations in advance of last Friday and took no steps to brief the constructive parts of the opposition about serious Irish-related security issues.

For over four years we have been raising Russian aggression during these sessions and pointing out how the direct threat to Europe and the wider world was escalating all the time. And let’s put aside the nonsense that Russia’s denials should be taken seriously. We heard the same aggressive denials when:

·        When they blocked any international action after the grotesque repressions and slaughter of the Assad regime.

·        When they supplied funding to extremist, anti-democratic and racist parties in Austria, France, Hungary and other countries.

·        When they launched the largest ever cyber attacks on EU states in the Baltics.

·        When they systematically undermined any real actions on human rights by the United Nations, the Council of Europe and the OSCE.

Does anyone here forget that the very people today denying responsibility for Salisbury denied that they had troops in Crimea.  Subsequently the Russian state not only admitted it had lied it issued medals to the troops and erected a statue to them.

Last night we heard the nonsense argument that we are somehow following a cold war mentality or losing our neutrality by saying that enough is enough. Russia must know that the democratic world will not just roll over and let itself be undermined and we believe that Ireland must stand with the democratic world.

It never ceases to amaze me how people and parties who spend their time lecturing us about rights are nearly always silent on Russia or are even apologists for Russia.  With the exception of Deputy Boyd-Barrett whose commitment to the Kurdish cause means that he regularly and quite correctly attacks the behaviour of Russia in that region, others go to incredible contortions to blame anyone but Russia.  The displays of “what-about-ery” are frankly pathetic.

Our self-declared crusaders on neutrality were even silent when Russia sent nuclear armed bombers to Irish-controlled airspace with their transponders turned off – thereby endangering civilian aviation.

Sinn Fein’s behaviour is notable. While it goes to the United States and pretends to be a friend of that country when raising money, it goes to incredible lengths to avoid giving offence to Vladimir Putin.  When he invaded and partitioned a European country the sum total of Sinn Fein’s criticism was that the Crimean referendum could have been run a bit better.  Perhaps the party’s new leadership will take the opportunity to break with this record?

Every single person here knows that Russia is responsible for Salisbury.  It fits into a pattern of nearly a decade where real and perceived enemies of Putin are killed.

It is now incumbent on the government to follow-up this action.  It should immediately engage with Deputy Lawless’s bill and it should take other steps if fears about potential commercial espionage and sabotage are proven to be correct.

In relation to the digital taxation proposal, it was a superficial proposal lacking a basic impact assessment.  The only reasonable way to proceed is on the basis of a wider international approach and proper evaluation of different options.

We remain concerned at the emerging push for a conservative approach to fiscal policy and economic reforms.  An approach which puts restraint and regulation as the core policy will not deliver the growth and progress which Europe needs.

There should be more ambition on the banking union, on fiscal contributions and on the financial backstop.  We again call on the Taoiseach to state clearly what policies he is signing Ireland up for.

The only way to protect and build upon the constructive consensus on Europe which has defined the majority position in Irish politics is to return to the tradition of genuine consultations. 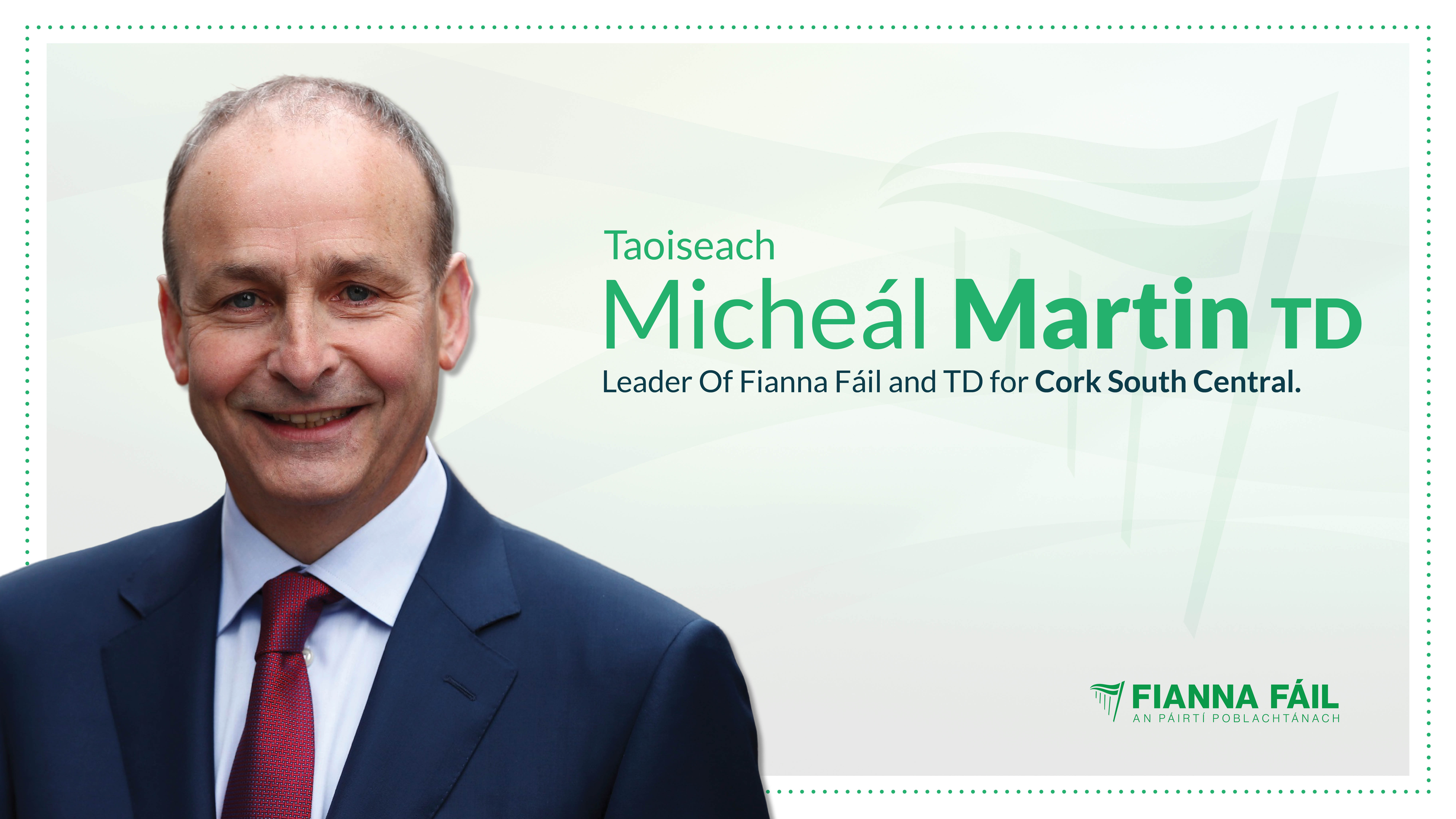