I want to thank you all not just for being here tonight but for everything you do for our party.  We’ve just come through a very intense period.  In every part of the country our members and supporters campaigned tirelessly to help us achieve what was, by any measure, a great result.

Since February we’ve got on with the business of working on behalf of the Irish people, but it is important to take a moment to reflect on what we have achieved.

Five years ago commentators were writing our obituary and talking about the inevitable march forward of other parties of both the left and the right.  When we achieved an excellent result in the local elections it was ignored or written off as irrelevant.  As recently as the start of the election campaign it was said that we would be lucky to hold our vote steady.

Well we all know what happened.

Not only did we win the largest number of extra votes we over-doubled the size of our parliamentary party.  In every region our vote was up.  Most importantly we secured the election of a great mix of highly experienced representatives and new people.  We have a parliamentary party full of energy and a determination to make an impact.

As I’ve often said before, one of the oldest habits within Fianna Fáil is to complain about the people who run it.  In this case I think we can put this aside and agree that the party’s staff did a tremendous job.  On your behalf I want to thank them for all of their work through what were very tough years.

I would also like to acknowledge Michael Moynihan.  Chairman of the Constituencies Committee may well be the single most thankless job ever invented.  Michael and his colleagues carry the scars of many tough decisions – but no one can now question how important their work was.

We had in place a team of candidates who brought our message straight to the people – and let no one be in any doubt, it was our message of fairness and decency which dominated the election debate and secured our result.

And it was a message which we had been promoting in all of our work in the last Dáil.  It was not about positioning for an election, it was about representing the very core of what this party believes in.

We didn’t do any ‘rebranding’ or repositioning. There were no spin-driven attempts to play games with people.  We were direct and open about both the past and our plans for the future.

In this very room five years ago I talked about the fact that the core tradition of our party, and especially of its founding generation, has always been motivation by the republican ideal of serving the people.  It is a tradition of building up essential public services, expanding education, encouraging enterprise and honouring a social guarantee to our weaker citizens.  And as Ireland changes the policies required to serve the people change to.

Even in the toughest of times there are still choices to be made and what we confronted was a government which chose a path to a more divided and unfair Ireland.  The evidence of this was mounting day after day but the policies remained unchanged.

On the other extreme there were parties selling a cynical message of how everything was someone else’s fault and that there were no hard choices to be made.

When we went into opposition we chose to be constructive.  To support measures we agreed with irrespective of who proposed them and to assertively oppose measures we disagreed with.  It was less newsworthy but it was understood by the public and it spoke to their demand for a more effective and constructive politics.

When we campaigned in the election we did so with a very clear promise in relation to how we would handle the formation of a government.  In spite of the loud demands of other parties that we break our promise so that they could get on with their strategies we refused.

We offered Dáil Éireann the opportunity on three separate occasions to remove both of the parties which formed the last government.  On each of those three occasions not even one non-Fianna Fáil TD voted for the only possible alternative government.

The arrangement with the new government is based on the very simple idea that all people elected to parliament have an obligation to ensure that the country has a government.  The arrangement we reached is a fairly common one for Europe but is being tried for the first time here.

The negotiations for the confidence and supply agreement confirmed that no credible two-party coalition could have been formed.  Reaching agreement on a limited range of policies was extremely difficult and the commitment of Fine Gael to a right-wing approach was even deeper than we suspected.

However what we did was to take the edge off their ideology and to secure a complete reorientation of government policy on critical areas.  Most importantly we stopped the efforts to implement highly-unfair tax cuts weighted to the wealthiest and secured a substantial increase in funding for critical public services like education, pensions and health.

There are a lot of people who say that the government is drifting and is not delivering any badly-needed strategic policies.  They are absolutely right.  This has nothing to do with the government’s minority status and everything to do with the core problem with Fine Gael – that party just doesn’t understand the scale and nature of the challenges facing Irish society today.

Ministers have around them an enormous policy apparatus.  They have the opportunity to set a strategic direction and get ahead of problems.  And yet all they can do is to carry on the policy of repackaging ongoing activity and presenting it as a plan.

The so-called ‘Action Plan on Education’ is simply the Department of Education’s regular strategy document in a different cover.  It has nothing innovative and is silent on the crisis confronting different sectors of the education system.  For example the dramatic fall in the standing of our universities and the haemorrhaging of research talent is ignored – even though it threatens the future of our economy.

This week’s appalling figures on hospital waiting lists is not about the impact of cutbacks, it is the impact of the failed policies of James Reilly and Leo Varadkar.  They took a tough situation and made it much worse through abolishing the Treatment Purchase Fund and redirecting money to their pet initiatives.  This damage has still not been undone.

A very dramatic example of a government failing to use its powers to show leadership is the lack of preparation for the Brexit vote.  The shambolic response in the early days was there for all to see.  Four months after the vote the most the Taoiseach has said is that government is only now asking departments for a sector-by-sector analysis of the impact of the UK leaving the EU for Ireland.  He had three years to prepare for a referendum being held in the most consistently Eurosceptic country in the EU but is only now asking for this basic analysis.

As I said, we tried to form an alternative government which would show more urgency and ambition in facing Ireland’s problems.  We didn’t succeed.  What we did was to fulfil our obligation to safeguard the best interests and welfare of the Irish people. And we are using our strong position in Dáil Éireann to secure as much of our programme as possible.  While others are focused on destructive opposition and have no interest in actually achieving anything for their voters we are securing substantive results.

And let no one be in any doubt, the one and only reason why the deeply unfair and economically marginal water charges have been suspended is because of Fianna Fáil.  Others have spent their time trying to keep people on the streets and passing motions with no possible legal effect.  We have delivered.

Every day we are fighting for genuine reform, for investment in schools and hospitals, for action on the critical issues of rising waiting lists and homelessness – and for decent supports for our older citizens.  We will continue to fight for a fairer Ireland.

We will continue to fight for a fairer Ireland because this is the very reason why our party was founded.

One commentary about our prospects five years ago doubted if Fianna Fáil would be around to celebrate any more significant anniversaries.

Well we proved that wrong and this year have celebrated the 90th anniversary of our foundation.  Let’s never forget the reason why the men and women who gathered in the La Scala Theatre founded Fianna Fáil.  They understood that there were fundamental problems facing Ireland and that they would have to change in order to play a role in tackling them.  They developed a distinct programme for social, economic and constitutional progress which marked a major departure for our country.

Fianna Fáil didn’t inherit its strong position, it build it from the ground up.  And the lazy idea that we are simply a civil war party is obviously false.  Our founders reached well beyond the civil war divide to built our party – in fact it was exactly because they recognised the need to move on that we were founded.

Our founders were of course men and women who played leading roles in 1916 and the fight for independence.  Unlike another party which was founded in 1971 and has sought to aggressively distort history, in our commemorations we has stressed the fact that 1916 belongs to no one, it belongs to the Irish people.  Throughout this year we have commemorated the Centenary within the party in a series of dignified and non-politicised events.  I want to thank in particular Eamon O Cuiv and his committee for their great organising work. It was novel, original and uplifting.

During public commemorations the central role of reading the Proclamation has been a powerful demonstration of the open and generous republicanism of 1916.  The welfare of the people, the inclusion of all in the political nation and the desire for international cooperation which they sought sets them apart from many of the other nationalist movements of the time.  It is a tradition which every Irish person has a right to be proud of.

Each generation of our party has faced the challenge of renewing our own part of this tradition.  In this generation the lead has once again been taken by our members and supporters in communities throughout Ireland.  The dramatic reform in our rules which we implemented four years ago has completely changed how we operate and it has empowered the broad Fianna Fáil family in a new way.

We are a constitutional republican party.  We refuse to ascribe to the divisive and damaging ideologies of right and left.  When elections confront us with unprecedented results our approach is that Ireland must be a modern European democracy, which rejects extremes and embraces diversity.

We have achieved a lot in the last few years.  Our organisation is strong and our representatives are making a difference.  We are going to continue to build on this success because for us building an Ireland for all is not an election slogan it is our very purpose. 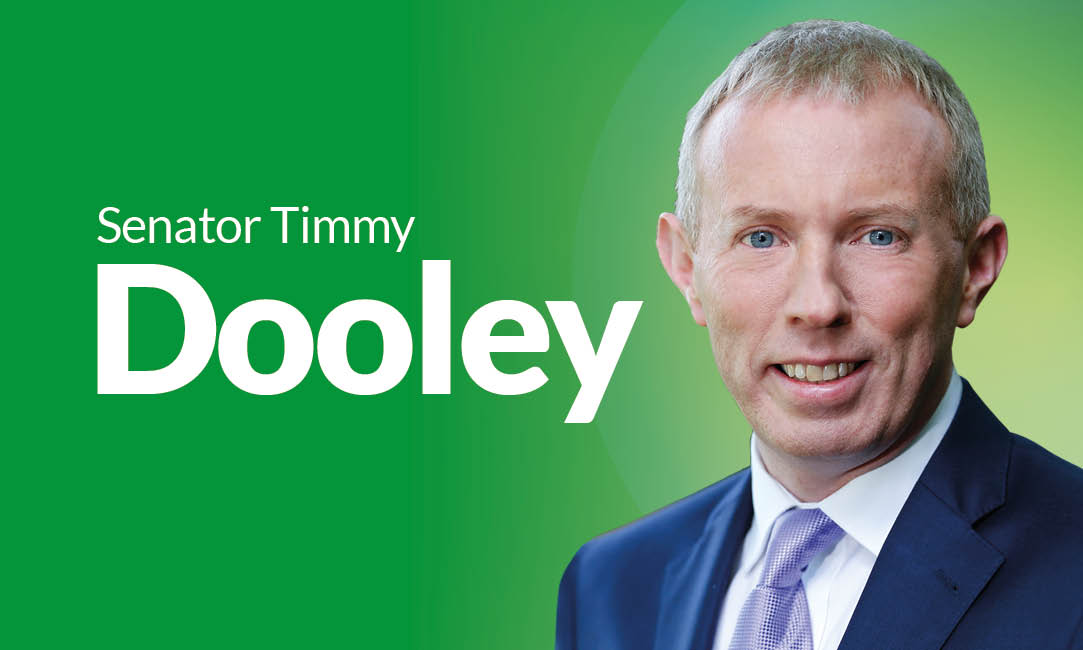