Following the Primetime Investigates Standards in Public Office programme, a Spokesperson for Fianna Fáil commented, “Tonight the Party has accepted the resignation of Cllr Joe Queenan.

“Some of the behaviour displayed in tonight’s programme was shocking and completely unacceptable. The instances where there appear to be clear breaches of the law need to be fully investigated by the Gardaí and prosecutions brought where appropriate.

“Separately, in respect of any allegations that were made against current members of Fianna Fáil, the Party will immediately commence an internal inquiry under the auspices of the Ard Chomhairle to establish the full facts in each instance and will take action as appropriate.

“Fianna Fáil expects the highest standards from its public representatives. There is absolutely no tolerance within the party for any breaches of such standards.”

Speech by Micheál Martin on debate on Report of Committee on 8th Amendment, 18th Jan 2018 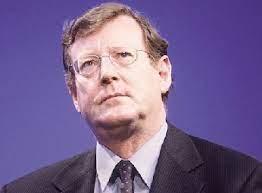 Statement by the Taoiseach on the death of Lord David Trimble